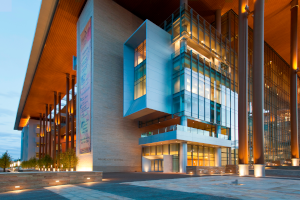 Colonel Steven Ellsworth, ret. has announced the 1st Annual International Money Exposition. The convention and show will be held October 26–29, 2023 at the Music City Center, Downtown Nashville, Tennessee. The event will be known as “IMEX.”

“This will not be just another coin show. It is destined to become a must attend event, held in a world class facility in the heart of one of the country’s top destination cities, Nashville, Tennessee, “Music City USA,” Ellsworth stated.

Nashville is one of the top cities to visit on people’s bucket list, a world class destination and home to the Grand Ole Opry.  Nashville’s BNA International Airports $1.2 Billion remodeling project is in construction making it one of the best and easiest centrally located airports to fly in and out of in the world.

In partnership with the National Coin & Bullion Association, Ellsworth headed a three year local coalition campaign to end sales tax on coins, currency and bullion in Tennessee. One consideration in July 2022, when it was signed into law by Governor Lee, was that Nashville would hold a major international numismatic event in the great city of Nashville. The International Money Exposition does just that. “We hope to attract the best dealers and firms in the United States, but also many from Europe and Asia. The Music City Center and the Visitor and Convention Corporation have been very helpful with the convention center and the hotel plans to support it” Ellsworth said and added, “We are still in the early planning stages of all the elements needed to put on what we hope to be the number one money convention in the world”.

COL Ellsworth has a long history in business and organizational skills running major events and is uniquely qualified through over 40 years of history in the numismatic field as President of the Butternut Company, past President of the Virginia Numismatic Association and the immediate past president of the American Numismatic Association. He has traveled extensively to conventions in Canada, Mexico, Central America and South America, Europe, Asia and Australia promoting numismatics and is known worldwide.